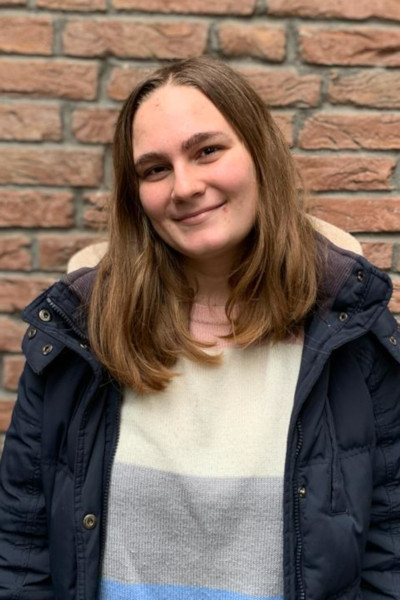 This report is about the American exchange student Emma, who is visiting the UEG.

Do you know her already? She is from a small town called DeLand, which lies in Florida.

Emma finished highschool one year ago, where she enjoyed going to the Prom and watching football games with her school on Fridays. She liked the school spirit and the community, in which the students stuck together.

After a wonderful time at highschool she thought of going to the university, but then she decided to visit and get to know Germany first.

Why Germany and why not another country? Well, German culture and language caught her interest because of its unique history, as she described it. Moreover, the country seems to be place of sustainability, which is something that really matters to her and made her enter the schoolarship at last.

When Emma also spoke about funny prejudices and differences between Germany and America it got really interesting because we do get a lot of false information of the US through films and TV series. Well known rumors include for example statements that say: ‘‘All people in the US are fat because their every-day-life is made out of junk food‘‘ or that everyone there owns a gun. Also the impressions that we gain of students in highschools being either very popular or being one of the total outsiders in films are totally wrong and exaggerated generally. Emma resolved those misunderstandings and told us that those impressions are clearly not part of American culture .

But of course, there are also prejudices about Germany. Emma described the typical image of a German person, that the Americans have, as someone that always arrives punctual all the time and that is very strict when it comes to rules and responsebility. For example she said that Germans surely stop in front of every red traffic light! That statement is quite enjoyable for us, but of course does not apply to everybody.

Then, differences between America and Germany are for example closing times of markets or shops. While German markets close around 8 pm or 9 pm, American markets open 24 hours a day. Emma told us a funny story about her where she bought baking materials in a store about 2-3 am, which would be impossible in Germany!

Even if we compare German and American schools, another difference is found in the aspect of classes: Here we have different subjects within a week according to our timetable. In addition to that, six classes day. But in the US, however, the students go through 7 classes a day and have the same subjects, which they were even able to choose, for half a year. Also, this a very intersting difference.

Thanks to Emma we have learned a lot about America and its culture. It is important to be informed about false rumors and it was fun listening to her as well!

Emma, an exchange student from DeLand in Florida, visited our class on Monday, 4th November, 2019. She told us a lot about her life in America and the differences in comparison to her present life in Germany.

Emma is 18 years old and her hobby is cross-running. She decided to come to Germany after the high school. „The German language, the culture and the history seemed to be very interesting to me“, she said.

Between the US and Germany there are a lot of differences: Everywhere in the US you can find many American flags. They have another climate there and don´t ride their bikes so very often. Emma told us that she got her driver´s license already with 16 years and drove to school by car every day. The Americans eat a lot of fast food over the day and their main meal is the dinner in the evening.

In Emma´s high school are roundabout 3.000 pupils and they have many clubs for things like football, soccer, dancing or cheerleading for example.

Naturally, she misses a lot of things during her time in Germany, but mostly her family, her friends and her dog. Furthermore, she misses that she cannot go shopping all around the clock as she can in America. Some shops are open there for 24 hours.

Emma also talked about the political situation in America. Guns play a big role for many people and the majority of the Americans have guns at home. She thinks that Germany is safer, although there are attacks in Germany too. In her country a lot of people don´t like Donald Trump.

On Monday, the 4th of October an American exchange student visited our class 9F. Emma told us lots of interesting facts about the life in US and we were allowed to ask her lots of questions.

Emma is 18 years old and lives in Deland, a town a bit smaller than Leer, in the center of Florida. She stays one year in Germany because she can´t go to a university until next year so it´s like a gap year for her. The American girl chose Germany because she was really interested in visiting a country in the middle of Europe and Germany is like the hearth of culture for her so it was the perfect decision. Emma didn´t have to pay money for the exchange year as the money is sponsored by an organization called Parlamentarisches Patenschaftsprogramm (PPP) by the government. You can find informative brochures about the PPP next to the entrance of our cafeteria from the “Neubau”.

The first difference that Emma recognized was the temperature: In Florida, there were 27°C on Monday the 4th ! A lot hotter than in Germany. For the people from Deland 10°C are very very cold.

Emma´s school in Florida is also very different. It´s true that the high schools are almost the same like in typical American high school films. She showed us her cool yearbook too. In the US, there are school sport teams for example rugby, football and a running team in which Emma did a very good job. In Deland the school starts usually at 8 o´clock and finishes at 3 o´clock. The different school periods are shorter than ours` but the pupils don´t have such long breaks like at the UEG. There are mostly 5-minute-breaks for changing the class rooms.

Emma lives about 5 kilometers away from her high school and that´s why she usually drove to school by car. In America, kids are allowed to start driving a car at the age of 15. Emma got her own car when she was 16. Besides, in Deland there aren´t as many pupils that are driving to school by bike as there are in Leer.

One girl asked Emma if she thinks that Germany is safer than the US. She wasn´t sure because in Germany there were also a few attacks and these can´t be prevented in the US either. In the following, we also talked about the laws about guns. In Deland, not everybody owns a gun but it´s normal because it´s also like a sport that belongs to the culture. Lots of Emma´s friends participate in competitions of shooting.

I´m sure that you heard about the attack at an American high school in Florida in 2018. During this attack 17 pupils and teachers were killed by a gun. That´s why Emma and her high school protested last year against the mild laws about guns. That was a special day as protesting against laws isn´t that frequent in the US.

Moreover, in America there is a big problem with alcohol. Under the age of 21 it isn´t allowed to drink any alcohol. Emma thinks that the rules are better organized in Germany. Teenagers learn to consume alcohol better. In the US, there are lots of people that drink rapidly too much alcohol at the age of 21 years. So they get ill very quickly or even killed.

One thing that Emma misses the most, of course besides her family and her friends, are stores that are open 24 hours. In America it´s very practical because mostly all stores are open 24/7.

Emma is a very confident, nice American girl. It was really interesting to listen to facts about the US from a real American. Thank you for answering all our questions! 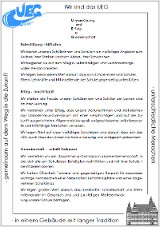 2013 - Powered by Beautiful-Templates.com. All Rights Reserved.